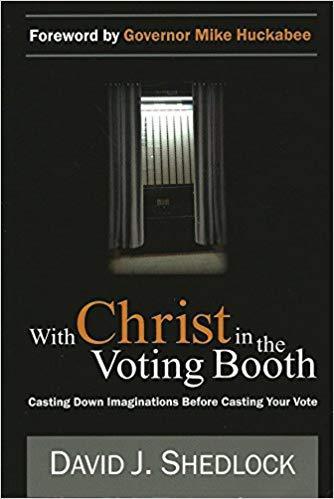 With Christ In the Voting Booth

WITH CHRIST IN THE VOTING BOOTH is not a dated Voter's guide that promotes certain candidates and after the election becomes as useful as day-old toast. Instead, Shedlock has written a book that addresses issues that crop up in every election. What if the candidate isn't fully pro-life? What if he or she wants to raise my taxes? What about third parties, or sitting it out altogether?"―Governor Mike Huckabee Knowing who to vote for doesn't always come easy for the Christian. No unambiguous voice from heaven whispers: "This is my candidate, vote for him." Even though almost every candidate in America makes a Christian profession, most of us know some Christians we wouldn't trust with a loaded BB gun, let alone access to the launch button of the world's largest cache of nuclear weapons.